The Social Justice Committee (SJC)promotes social justice amongst individuals within and outside Killara High. Social justice creates a community where all are treated equally, regardless of their social status or background and every person has the ability to live their life joyfully to the fullest extent. The vision of SJC is to see Killara High, and the whole world, become this community.

During 2011-2012, SJC held various campaigns addressing a large range of social issues. One major campaign is ‘Kony 2012', in which students were educated about the both injustice in Uganda and also, hopefully, about the perils of "slacktivism" and "clicktivism. The other highlight of the year was the mufti-day which raised funds to stop human trafficking. In Term 4 2012, the SJC ran a campaign around tolerance for diversity in relation to sexuality called Stop. Think. Respect.

Through these events, SJC has raised awareness for many social issues, including poverty, AIDS, leukaemia, Cerebral Palsy, mental health and families of veterans.

SJC enriches the school community by raising awareness of both students and staff. By unceasingly pursuing social justice within the school, the SJC also increases the harmony among individuals, making ‘the great school close to home' even greater.

The SJC book and spider stall was a huge success last term! Thank you to everyone who donated or bought a book or a spider! We raised over $600 which is huge, all of which is going towards Room to Read. This is an organisation whose aim is to ‘lift kids out of poverty through education'. The proceeds made by Room to Read this year are going towards publishing books in Tanzania in the local language. All the left over books that the SJC collected for the book stall are NOT being sent to Tanzania but are in fact being given to Bus of Books, another organisation which aims to increase literacy rates in Australian rural areas by delivering pre-loved books to the areas libraries, schools and communities by bus.

On a different note…

Almost every day you wouldhave usedGoogle or other search engine to search something. And with the amount of homework and assignments that you do, the total amount of searches undertaken would be enormous. Well, why not make these searches count for something else as well? Homelessness!The SJC has signed up Killara High School for a fundraising search engine called Everyclick to support Homeless International. This raises funds for a variety of charities through searches done with every complete search made and involves no registration or hidden fees whatsoever. Aschool in England has managed to raise £1,100, which is around $1600, in less than 6 months. So by searching with this search engine, literally EVERY CLICK counts towards raisingmoney. 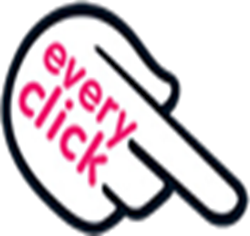 To do so, s imply go to everyclick.com/khs and click Join group.Then you can use it! This also extends to teachers and parents as well – please lead the justice spirit for the kids - and turn your next project research time or web surfing time into supporting this meaningful cause.