The 'Lion Library' was developed at the North Sydney Technical High School. The first historic building which was built in 1878 was where many famous area schools had their origin.

At the closure of North Sydney Technical High School in 1969, it was decided by the Parents and Citizens' Association, the Principal, Pupils and Old Boys of the school that the library be transferred in its entirety to the Killara High School, which was being built at that time. There were over 11,000 books in the library collection at the time of the handover, conservatively valued at $25,000. 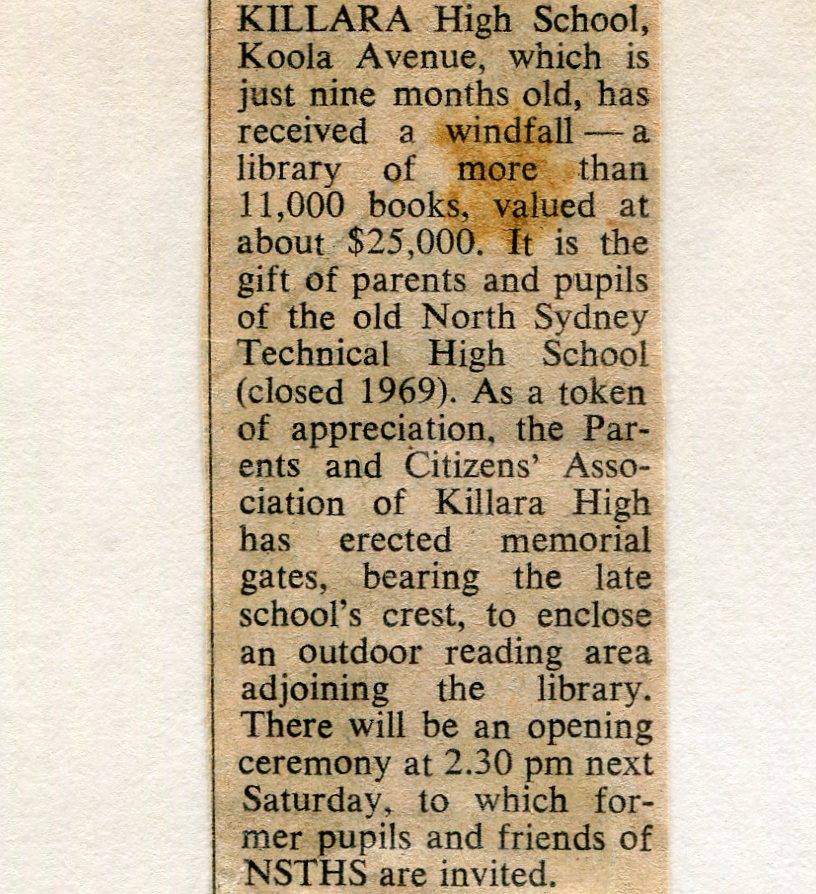 This transfer was the first time an event like this had occurred in the history of education in NSW.  There was much controversy over the closure of North Sydney Technical High at the time, and the radio television and newspaper networks were provided with a media release statement to highlight this historic handover. Indeed this information is largely from the media release at the time.

"When the education of children occupies the minds of anxious parents, educators and administrators alike, this event should provide some reassurance that past traditions of a good school are not completely ignored and that the Parents and Citizen's Association and pupils of Killara High School appreciate the opportunity to house The Lion Library and extend its development."

Killara High School buildings were occupied for the first time in 1970. Year 7 and 8 students [Forms I and II at the time] were boarded in 1968 and 1969 at Turramurra High School while this process was taking place. 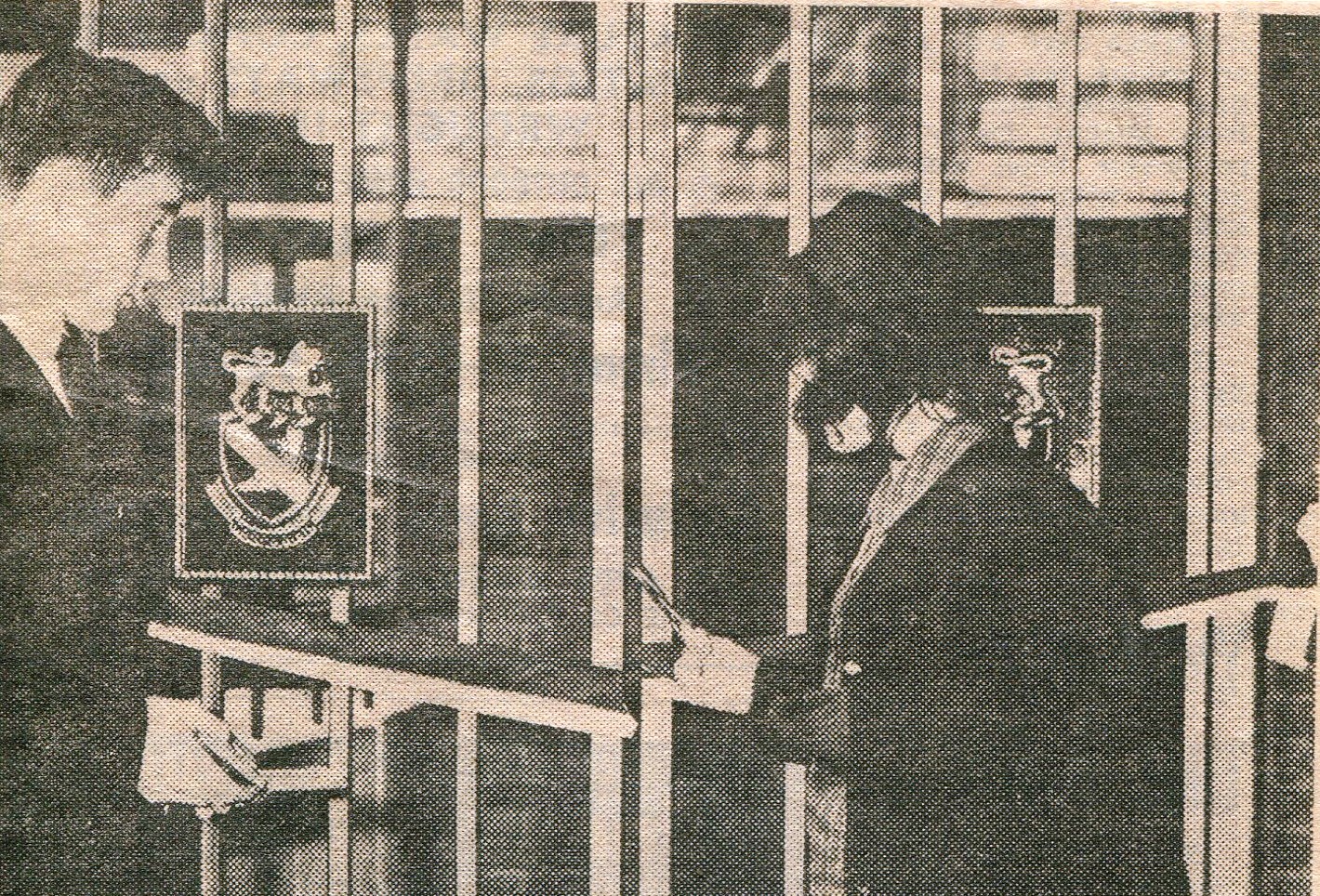 To commemorate this generous gift, Killara High School Parents and Citizens' Association and Ladies' Auxiliary installed gates at each side of the library entrance. These were designed by the Killara High School's Manual Arts department, with the aim of providing open-air reading areas for senior students.

Provision was also made so that the Killara High School crest could be incorporated into the gates at the Official Opening of the School and a bronze plaque recording the origin of the library attached to an inside wall.

The theme of the Presentation Function is "Conserva-Progredere" (Maintain-Progress) which symbolises the preservation of the best of the past and continued development in the future.

North Sydney Technical High School's archives show that the lion rampant was there from at least 1912.

'When I was researching the book, I could find no finite proof for the use of the lion as the school's crest but it is right on target for the overall philosophy that Nimrod Greenwood intended to build into the school of which he was now Head Master.

These standards or life-goals, Nimrod wanted to implant into the personalities of his students. As the king of beasts, the heraldic lion represents dauntless courage and valour while the colour of gold symbolises generosity and elevation of the mind.

When you read of the achievements of many of these students, he achieved his goals.' 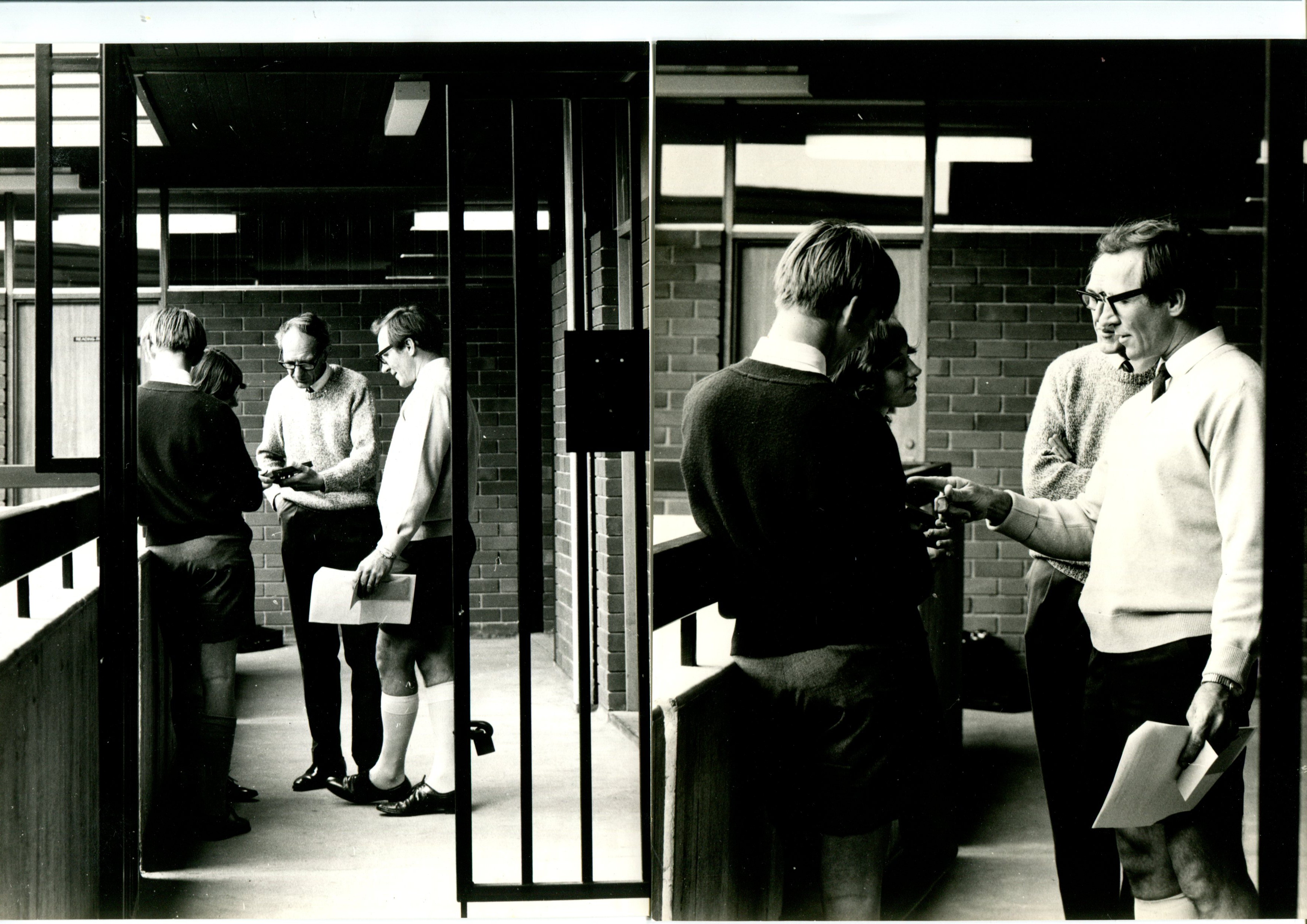 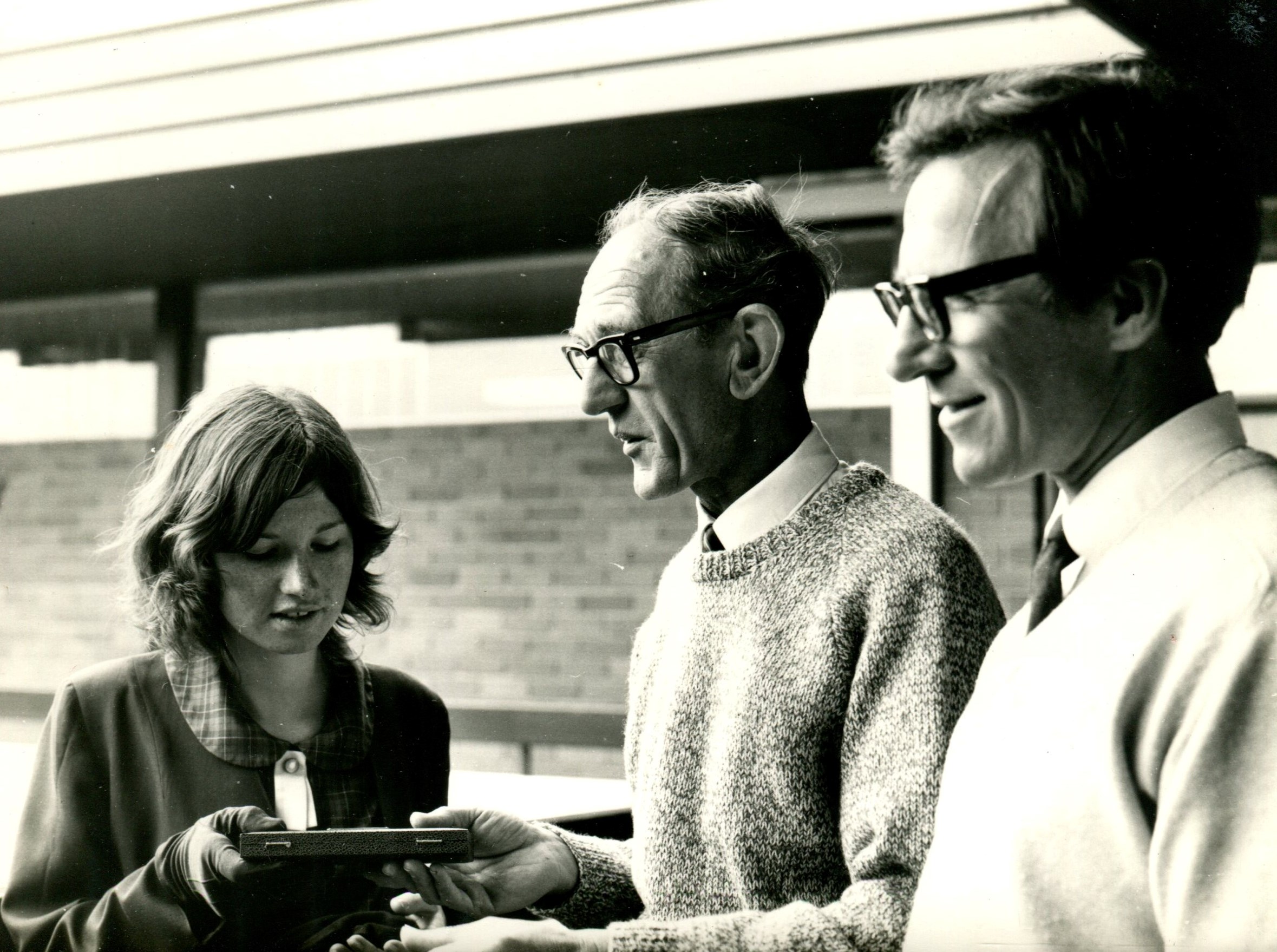