30 January, 2014 - School has started and classes are being held in Block G.  The major construction work has finished and some of the classrooms are usable now.  There is still a lot more of the fit-out to finish and the landscaping is still underway. 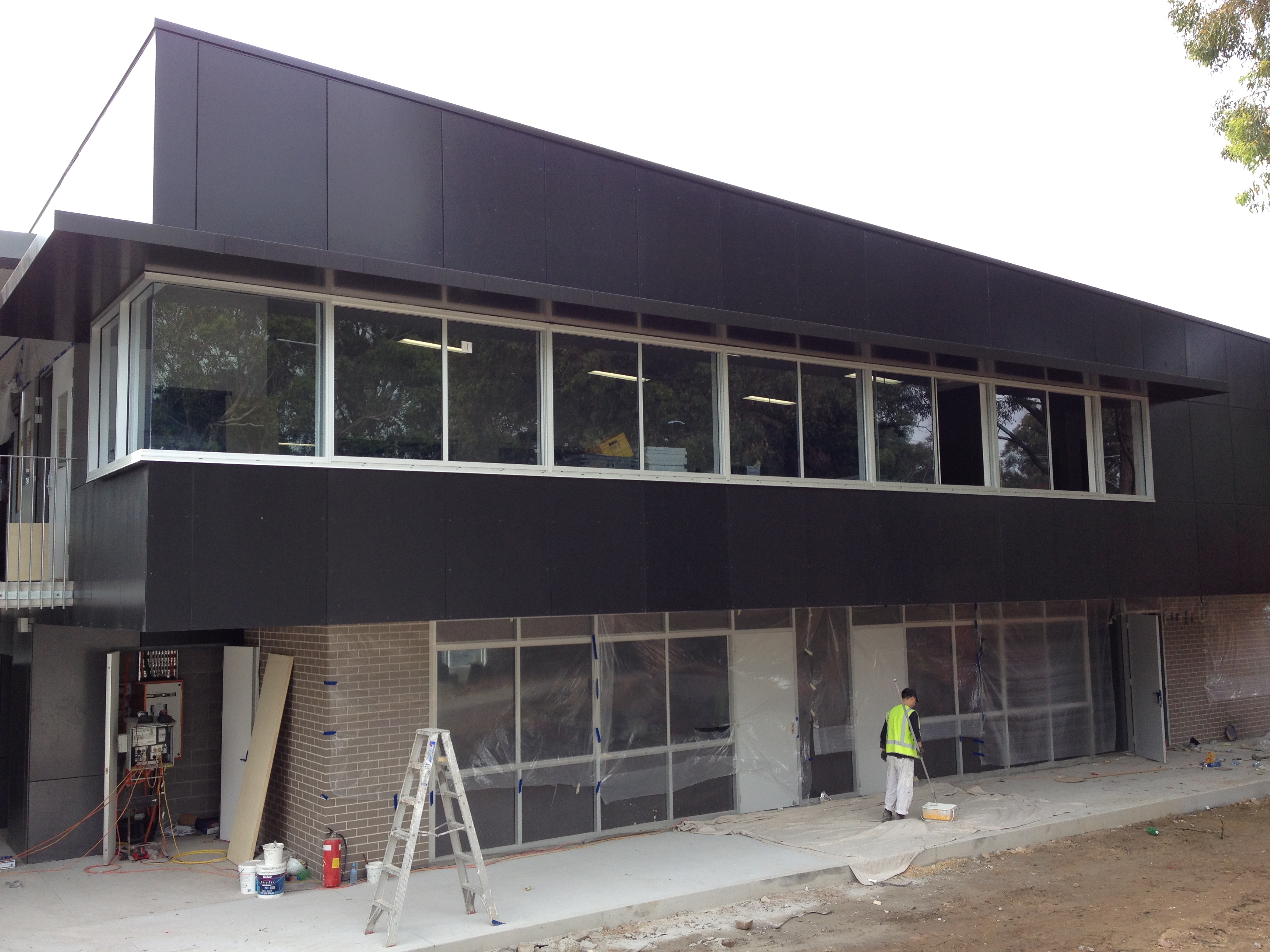 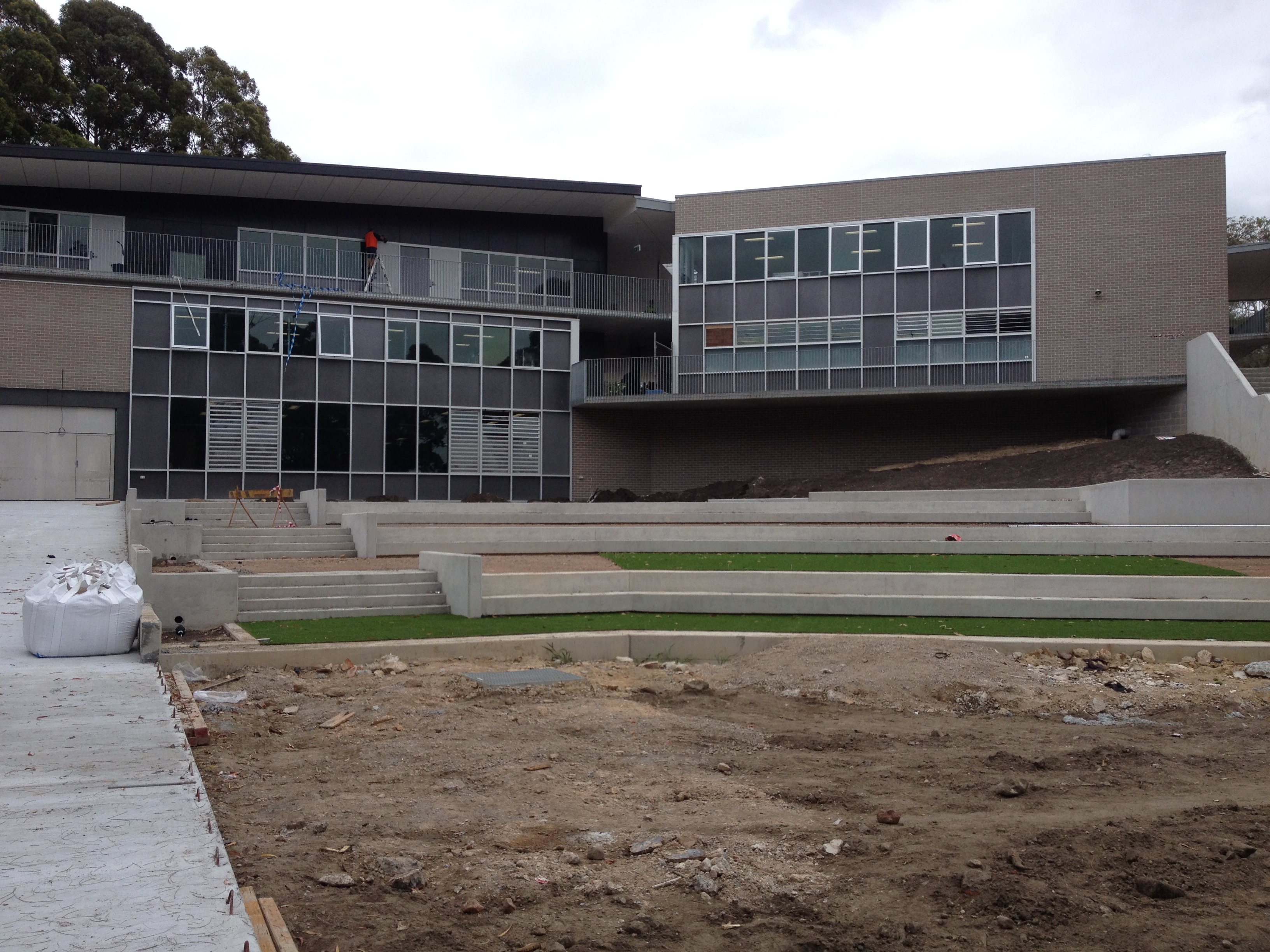 7 December, 2013 - The roof is on and the scaffolding is still up around the Koola Avenue side of the structures so it is hard to see what is happening inside.  Judy Paszek, Carla Marchesin, Tracy Mackenzie and Michael Scollay took a tour around the works and were very impressed with the progress so far. 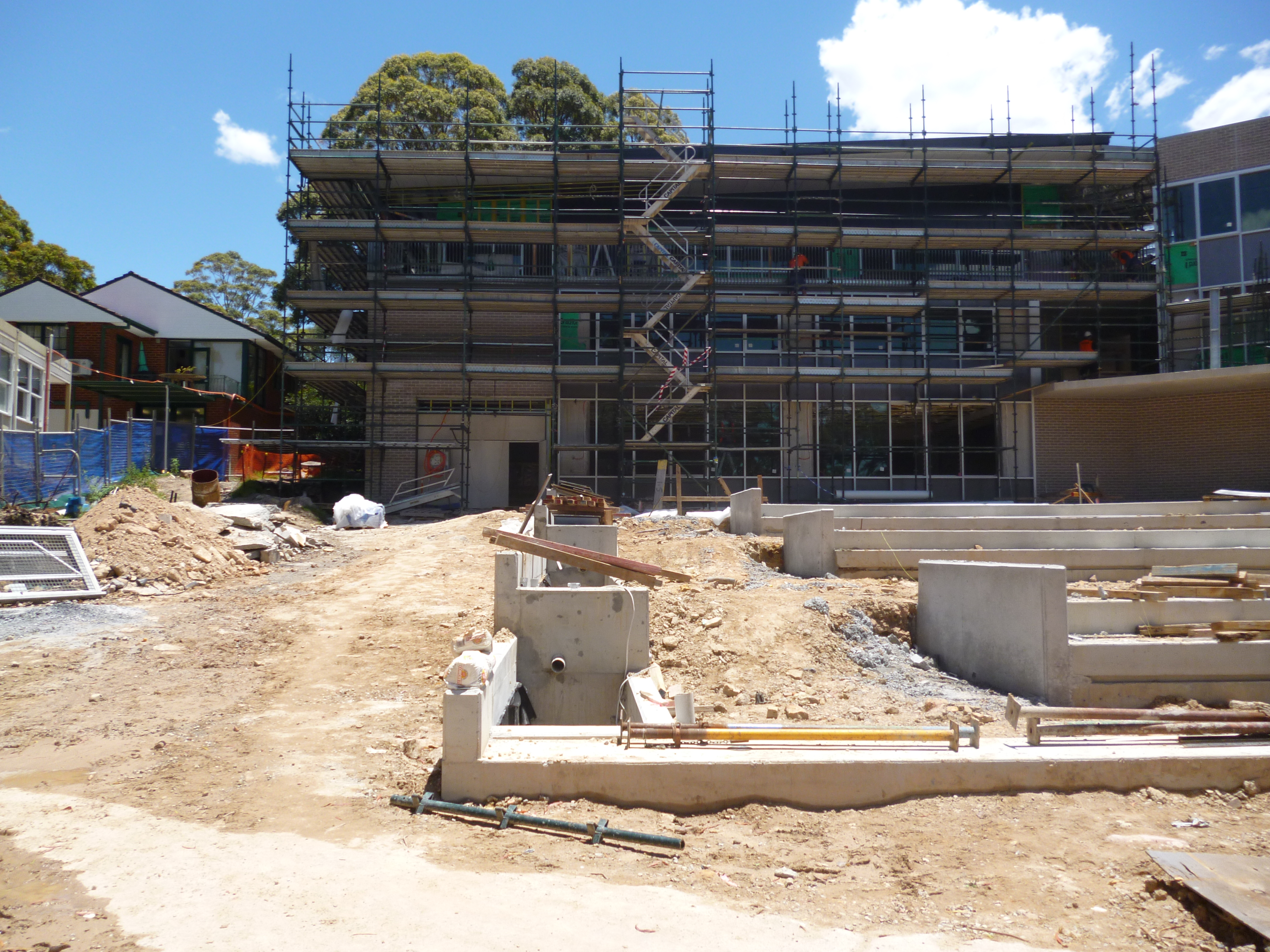 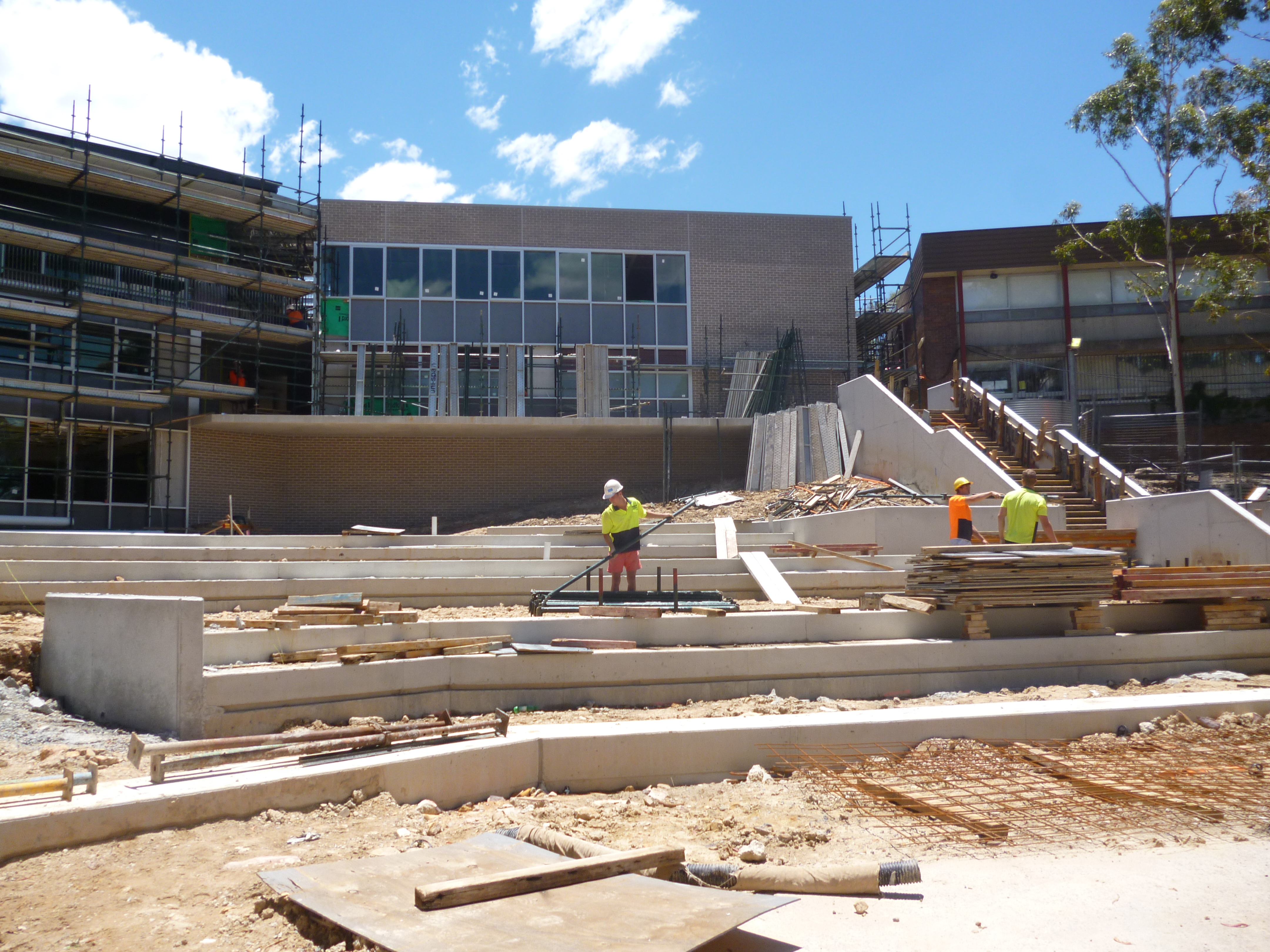 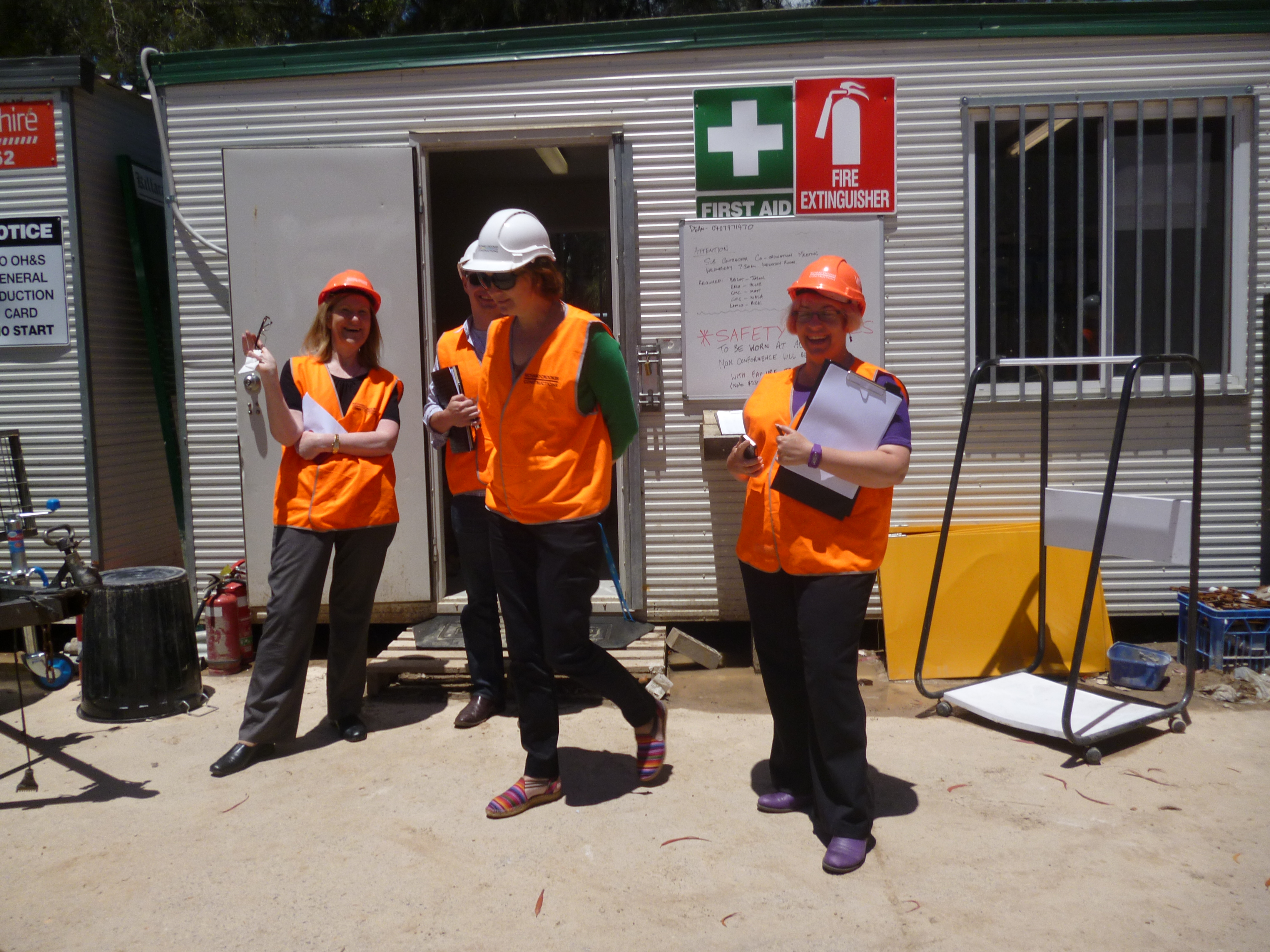 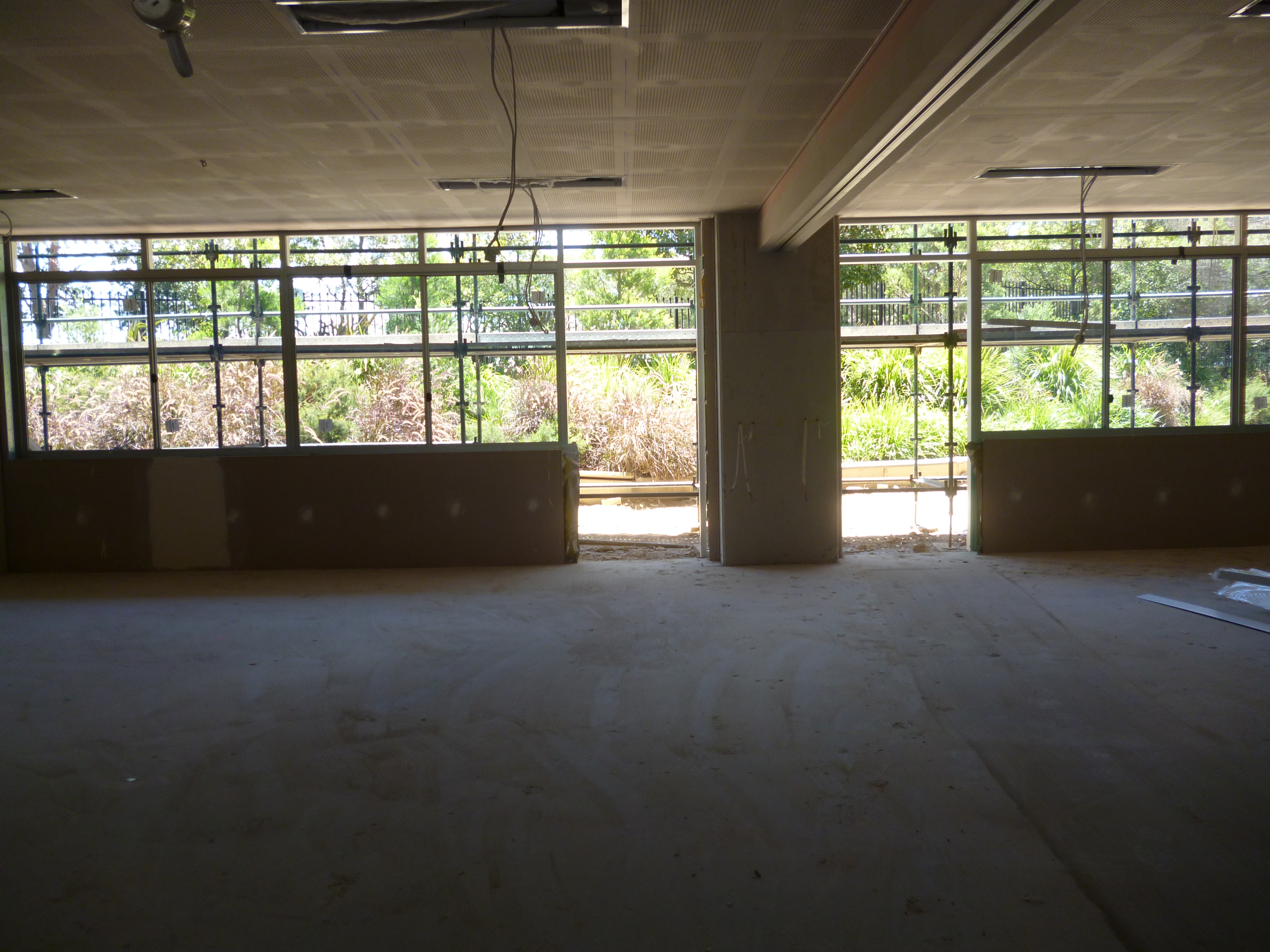 Ms Paszek, Ms Marchesin and Ms Mackenzie            Inside Block G looking towards Koola Avenue.
about to do the tour.

31 October, 2013 - Working frantically to get the roof on - the buildings are now taking shape. 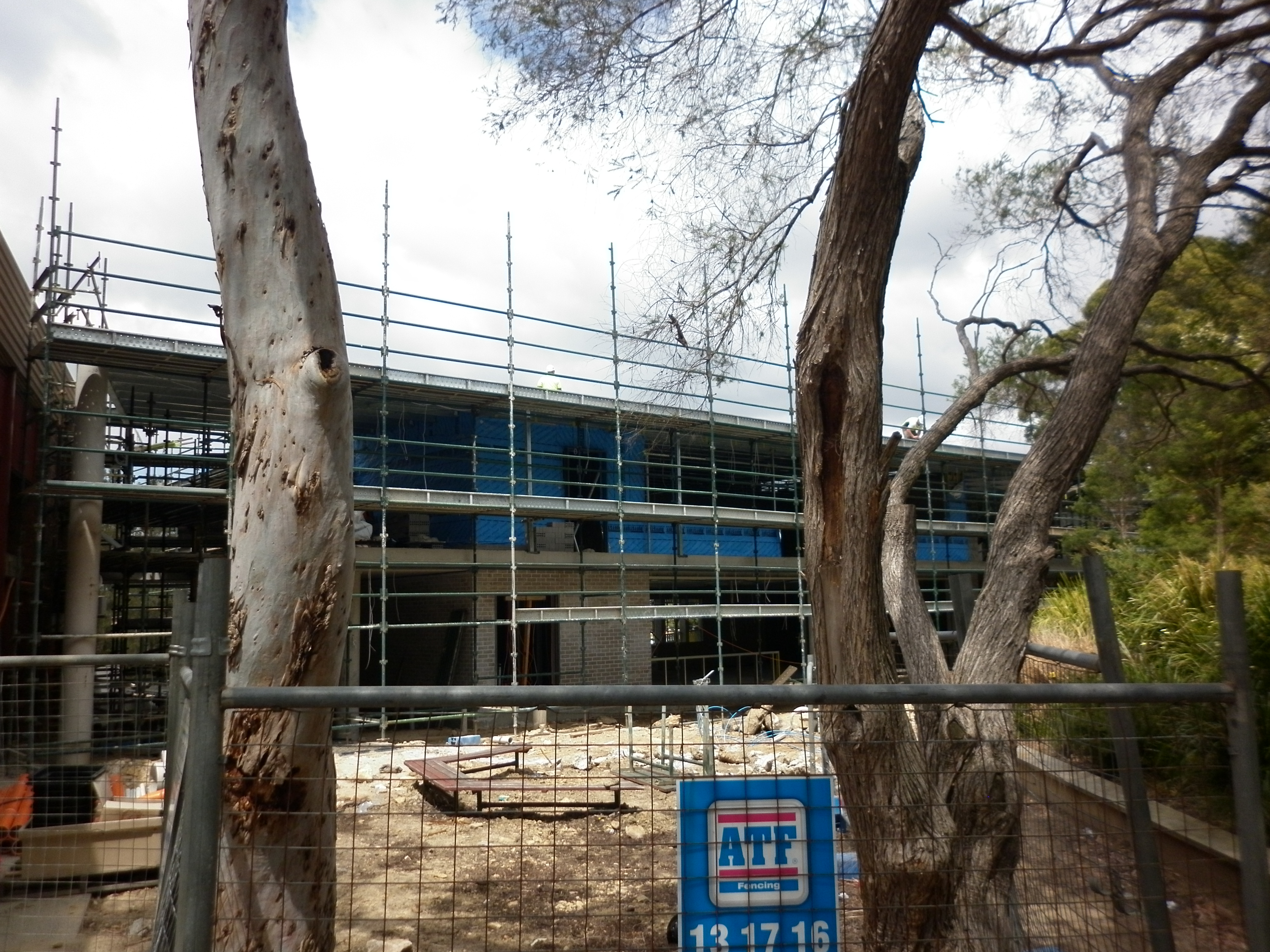 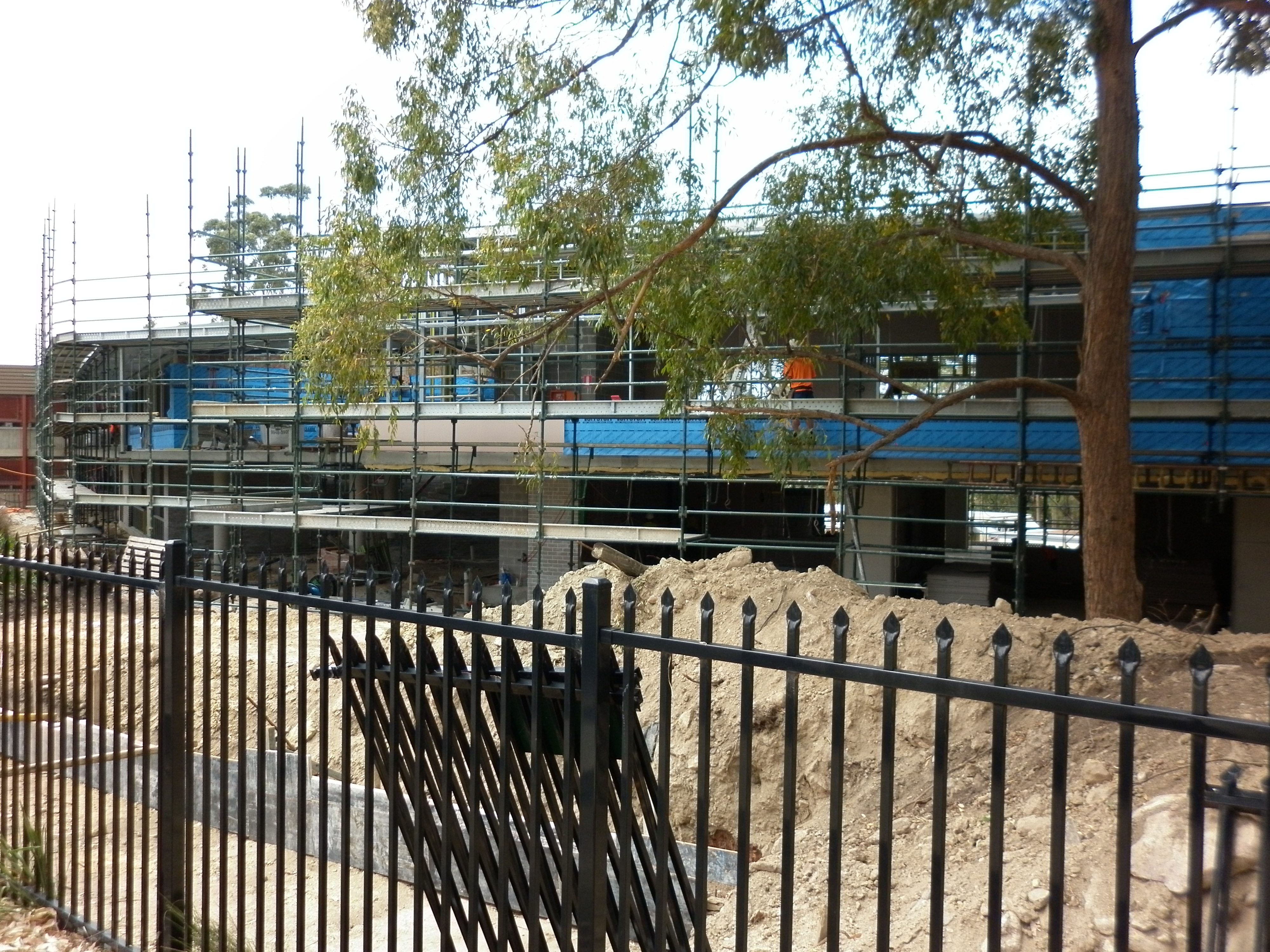 Block G taken from the back of the Library          Block G looking east from Koola Avenue near Gate 7.
(Block E) looking west.

18 September, 2013 - All the photos below were taken from the balcony of the House.  If you look closely through the scaffolding you can still see the stand of trees in the right hand corner. 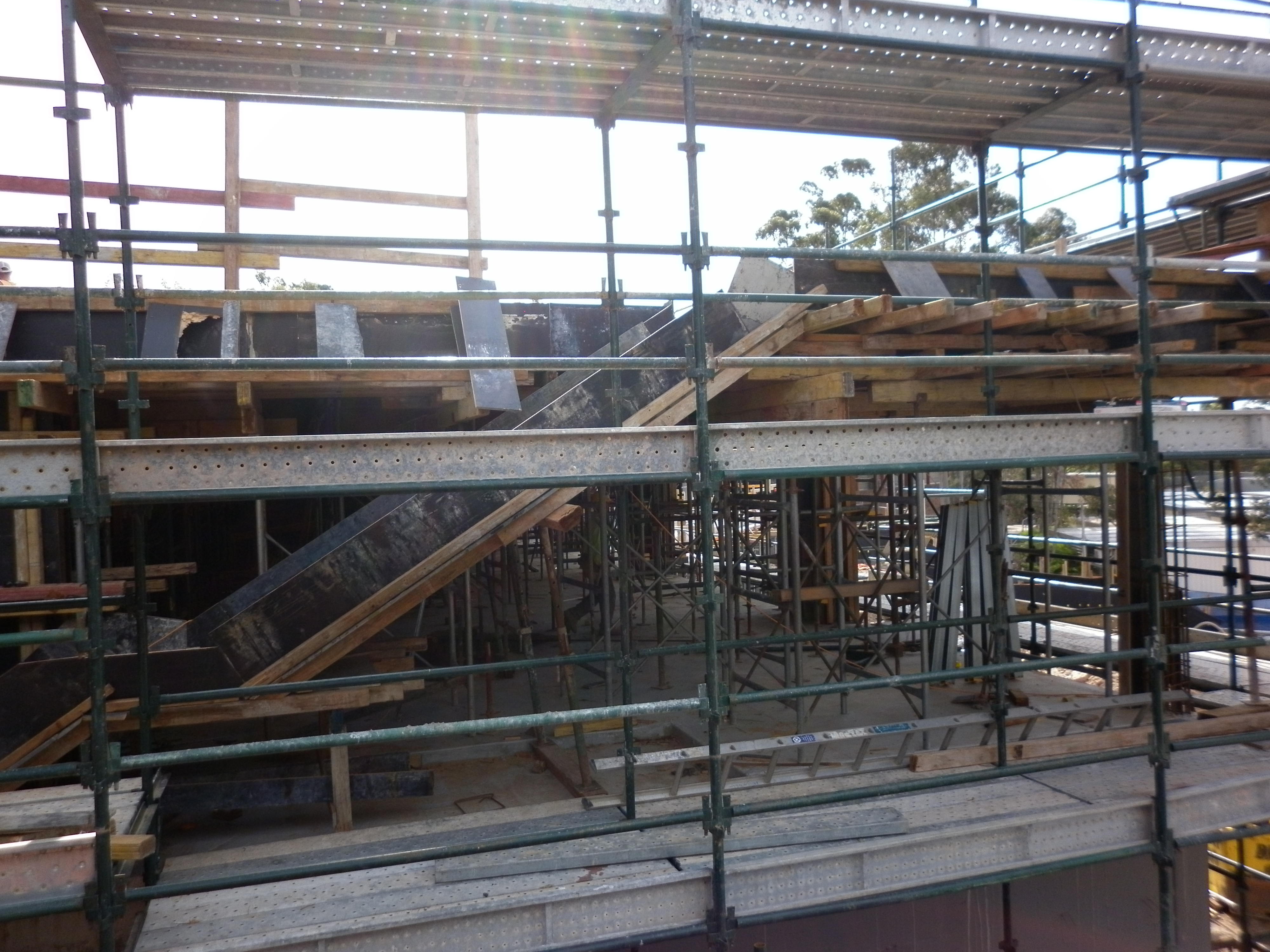 23 August, 2013 - The subterranean level now has a roof, and the backfill has begun. 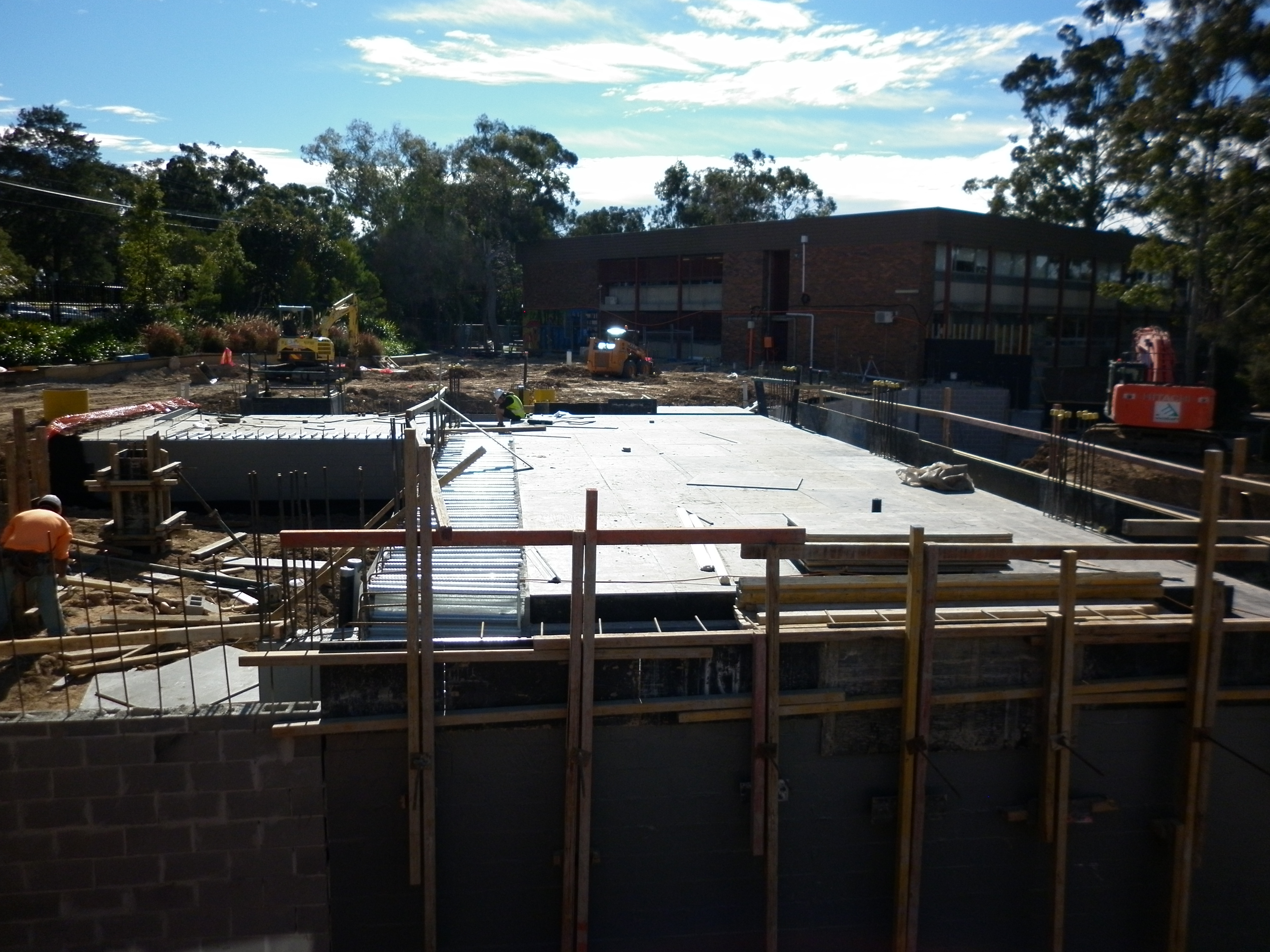 9 August, 2013 - The footings are in and the brickwork has started!

13 June 2013 - We've lost a few trees and we have just had some heavy rain, but the bulldozers keep going: 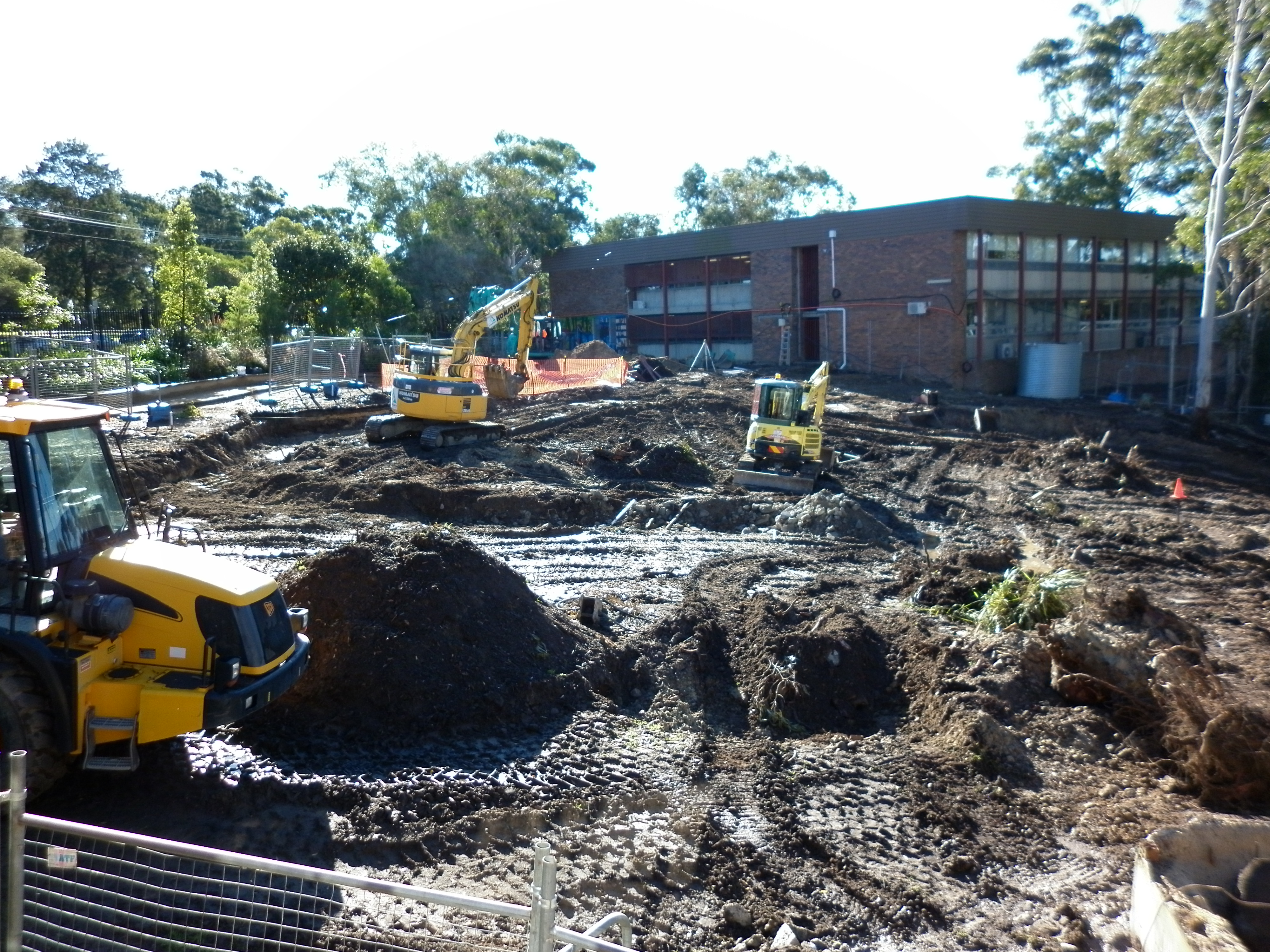 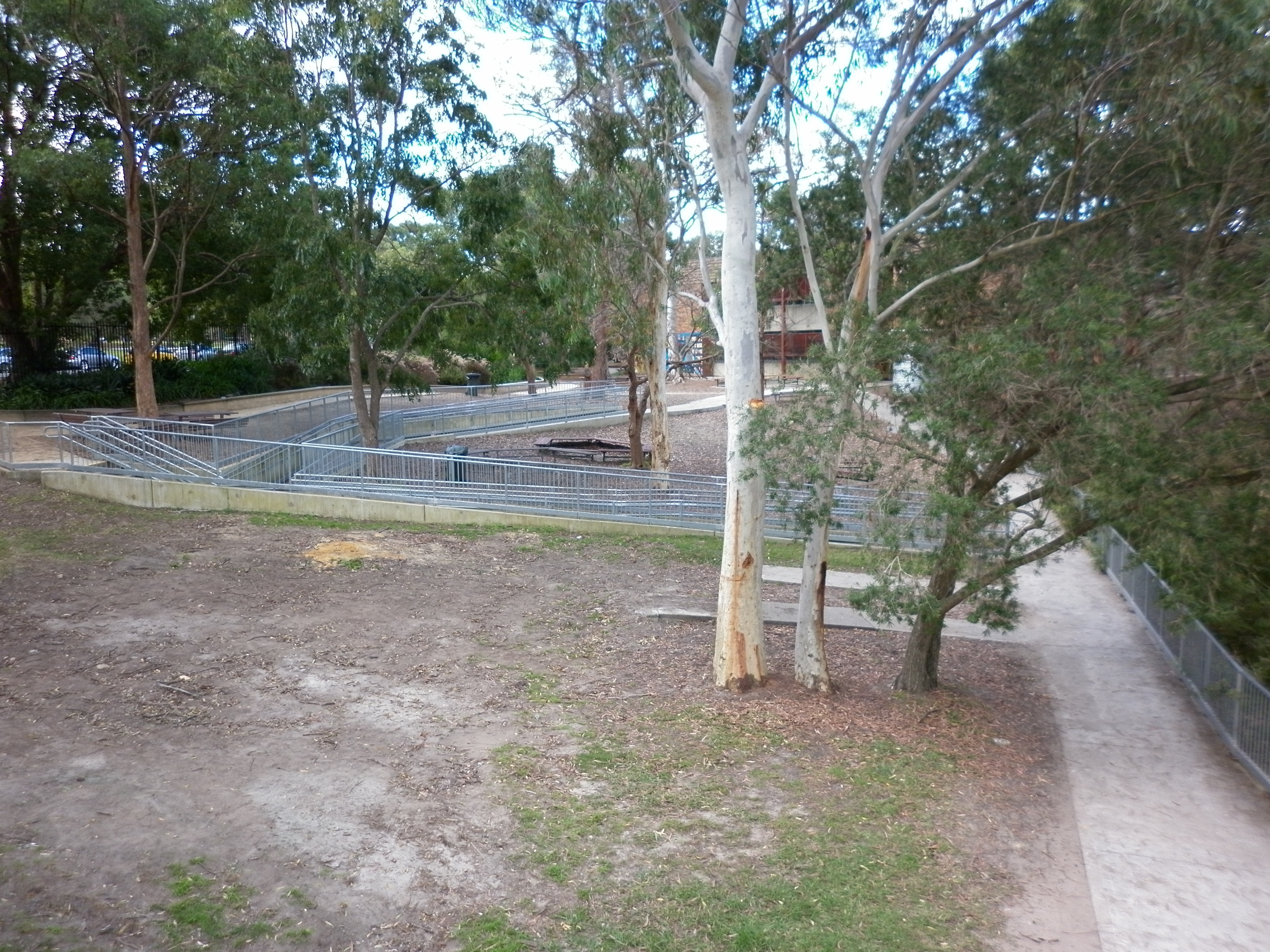